Don't regret the choice you didn't make today; exercise your rights and power by voting 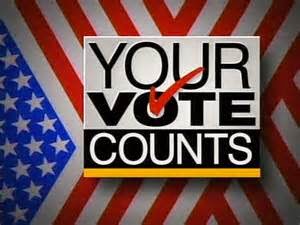 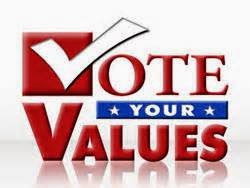 Please be sure to vote today. Your choice of candidates is your business once you are in the booth. But the world, your country, your community, your family and your conscious need you to participate to make the process work. Yes, your one little vote will make a big difference. Again, please vote today.  And remind your friends.

This is the question that I hate to ask, but it really needs to be addressed.  What is going on with the treatment for the Ebola virus?  Can it be that the treatment is melanin-resistant?  And the reason I’m asking is that the outcomes for those treated were so drastically different.

Thomas Eric Duncan presented himself at Texas Presbyterian Hospital on September 25, 2014, and was sent home even after he told medical personnel that he had traveled from Liberia.  Yes, the same Liberia that has been in the spotlight all over the world due to the deadly outbreak of the Ebola virus and its possible global implications if it isn’t contained.

Then when he went back to the hospital, by this time terribly ill, days went by before he was given an experimental treatment.  Oddly, two humanitarian workers who contracted the Ebola virus while working in Liberia were treated with an experimental drug almost immediately when they were flown back to the United States.  Both workers’ health improved after the treatment.

Both of them were on a noble mission risking their lives to help others, both were going over and above the c all of duty, both received top-notch medical treatment, and both just happened to be white.  If, even in the onset of a possible universal outbreak, color cannot be put aside, race relations are in an even more deplorable state then we knew.

Let us keep those suffering with this virus, as well as their family and friends, in our prayers.  And let us all take this opportunity to remember that people are people and we should all be afforded the same quality of care in the time of illness.  I thank you.
Posted by Pamelaknb at 5:08 PM No comments: 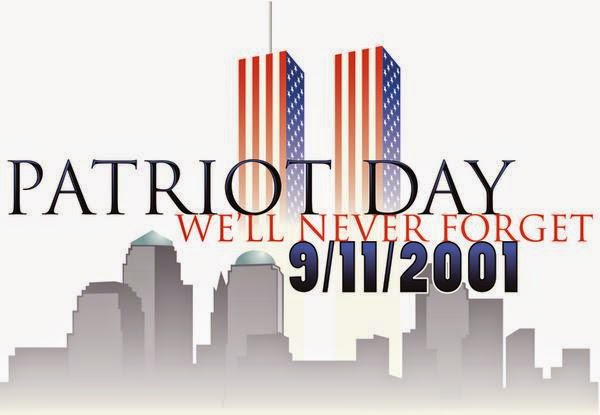 That horrific day changed life in America and touched us all in some way.  We never thought we'd live to see an attack on our own land.  And such a ferocious, deadly, and vicious attack.

But 13 years later we are still standing.  Amidst wars and rumors of wars we just have to keep praying and believing God that He didn't bring us this far to leave us.  And we have to hold on to the fact that if God brought us through before, He's the same God today that He was yesterday and will be forever more.

I just wanted to share this picture in memory of those who lost their lives on 9/11/2001, and in thanks to the many first responders who worked around the clock trying to rescue survivors.  And prayers to those who lost family and friends.
Posted by Pamelaknb at 6:46 PM No comments: 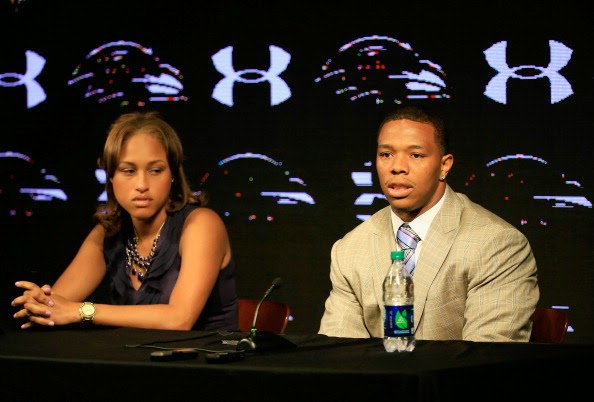 TMZ must know the keeper of every piece of elevator surveillance tape in the country.  Whatever they are offering these hotel or security employees to leak proprietary information must be enough to make them take the risk of losing their jobs.  Yesterday they leaked the video of NFL player Ray Rice landing a horrific blow to the face of Janay Palmer (his fiancé at the time, and now his wife) that sent her crashing to the floor, banging her head against the hand rail on the way down.

The Baltimore Ravens terminated their contract with Rice and the NFL has suspended him indefinitely.  President Barack Obama (who has two daughters) commented on the situation saying, "Hitting a woman is not something a real man does, and that's true whether or not an act of violence happens in the public eye, or, far too often, behind closed doors. Stopping domestic violence is something that's bigger than football, and all of us have a responsibility to put a stop to it."

That is one of the elements that is so disturbing about this situation.  This isn’t some kid off the street who doesn’t know what fatherly love feels like.  No, Rice is a grown man and the father of, believe it or not, a precious beautiful little girl.  He presumably feels this fatherly love whenever he gazes down into her eyes.  One wonders did the thought even cross his mind momentarily how he would be sickened at the thought of someone beating down his baby girl?  That should have been enough to draw back his fist before it met flesh because even though Palmer is his wife now, she too started out as someone’s bouncing baby girl.

Palmer expressed anger and frustration in an Instagram post today saying, “No one knows the pain that the media & unwanted options from the public has caused my family. To make us relive a moment in our lives that we regret everyday is a horrible thing. To take something away from the man I love that he has worked his [butt] off for all his life just to gain ratings is a horrific. THIS IS OUR LIFE! What don't you all get. If your intentions were to hurt us, embarrass us, make us feel alone, take all happiness away, you've succeeded on so many levels. Just know we will continue to grow & show the world what real love is!”

And that perhaps is the saddest commentary of all.  Palmer, and many other victims of domestic abuse have convinced themselves, or allowed their significant others to convince them, that this is what “real love” is.  If you or anyone you care about is in this situation, please convince them to get help before their partner loves them to death. 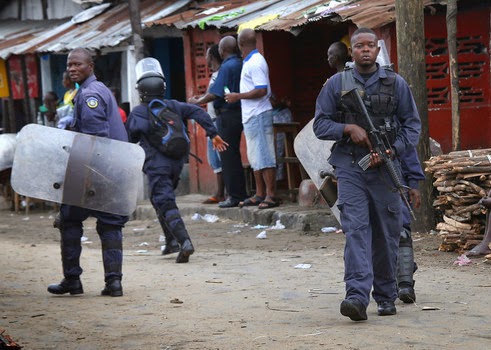 Fear can cause people to go to extreme measures to protect themselves.  But sometimes those actions can backfire, potentially manifesting what was feared in the first place.  CNN is reporting today that angry young men attacked a facility in Liberia housing patients being treated for the Ebola virus.  The attack occurred on Saturday and is a sign of the violence that ignorance can spur.  Fortunately, in this case, no one was hurt, at least not during the melee.

The facility is located in the West Point area of Monrovia.  The invasion led to many of the patients panicking and fleeing the clinic.  This was one of the worse things that could have happened, because they can now possibly contaminate others they come in contact with.  According to George Williams, head of the Health Workers Association of Liberia, "Of the 29 patients, 17 fled last night (after the assault). Nine died four days ago and three others were yesterday taken by force by their relatives.”  Those 17, as of Monday, are still considered missing.  (Continue reading full story here.)
Posted by Pamelaknb at 6:27 PM No comments: 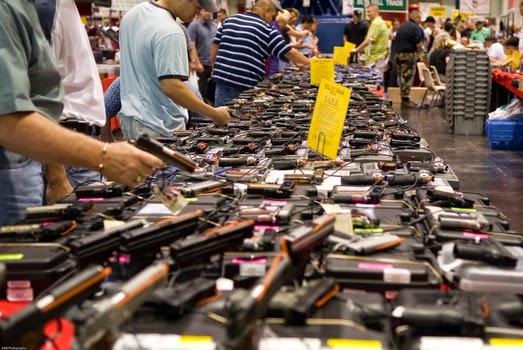 New law helps ensure that the mentally ill will no longer have easy access to guns in SC
(photo credit:  en.wikipedia.org)

Sometimes laws are passed and they seem to never be heard of again.  Well in South Carolina (SC) a law concerning guns has a reached a milestone that is cause for celebration.  The State newspaper reported Sunday that there has been a marked decrease in the number of weapons that are being sold to the mentally ill.

One of the problems with crimes committed by someone that is mentally ill is that because they are mentally incapacitated, the courts often have to refer them to treatment. This is beneficial for the person receiving rehab or clinical treatment, but it does nothing to lessen the anguish of the victims.  The perpetrator is taken care of and society’s desire for justice or accountability is left hanging.  (Continue reading full story here.)
Posted by Pamelaknb at 6:22 PM No comments: 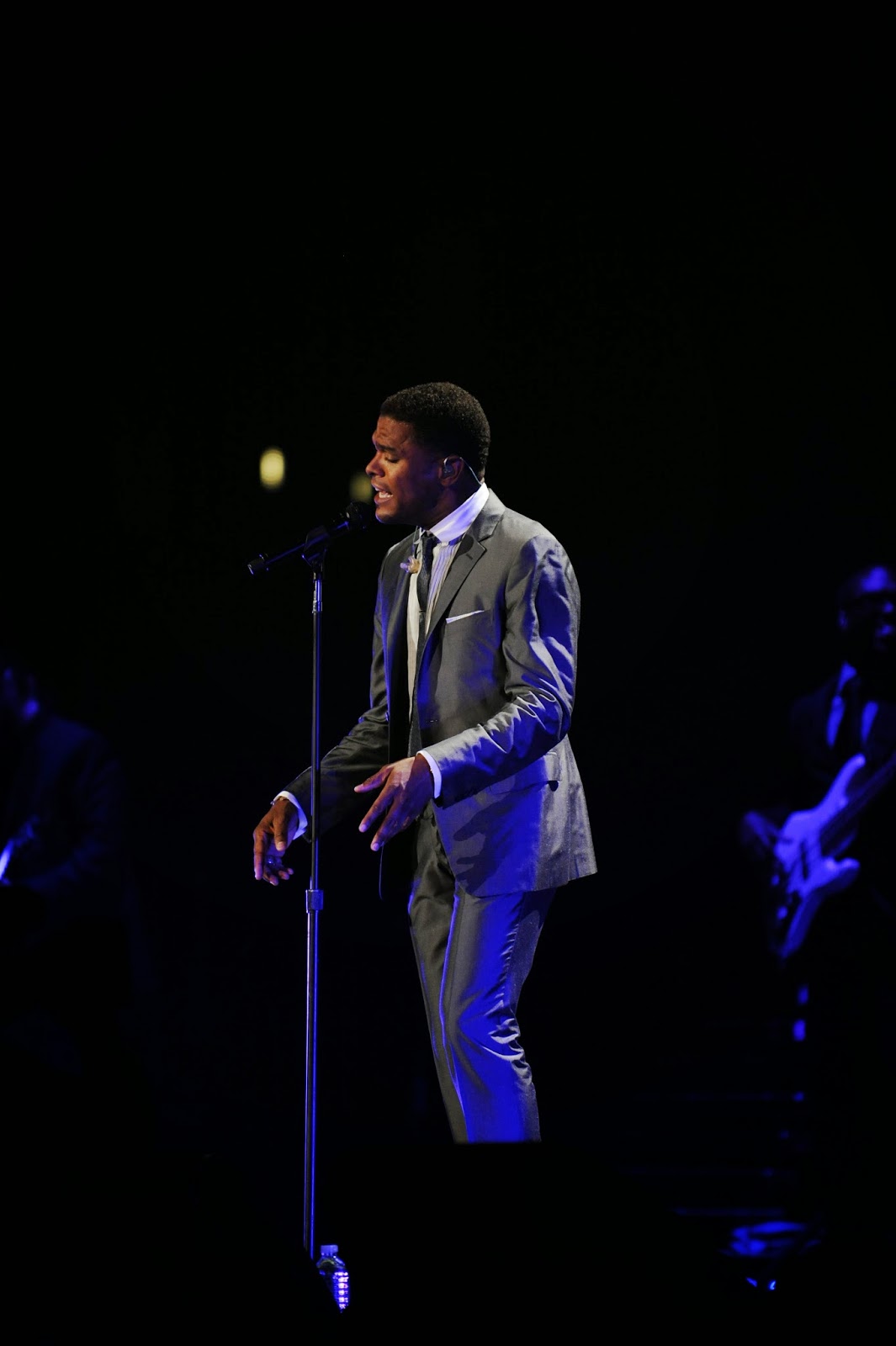 A force of nature slammed into Columbia, SC, Wednesday July 30, but in a very good way.  Gerald Maxwell Rivera, better known as soul singer Maxwell, brought his Summer Soulstice Tour 2014 to the Township Auditorium, leaving the audience stunned and delighted.

This is Maxwell’s first major tour since 2010 and his music just gets better with time.  The opening act was Kevin Ross, a young singer out of Washington, DC.  He is making strides in the music industry and seems to be the whole package.

It has to be intimidating to open for a talent like Maxwell, but Ross held his own.  He sang a selection of songs that showed his vocal range nicely.  He covered “Before I Let Go” by Frankie Beverly and Maze, as well as some of his own music.  He did some ballads and then ramped it up with some hip hop.  All in all Ross was a pleasant surprise as opening acts go, and he is definitely one to watch.

The only downside of the whole evening was the overly long intermission.  At first people milled around in the lobby softly grumbling.  Then the crowd gave in to its impatient anticipation by stomping the floor, clapping their hands and yelling “Maxwell” to the top of their lungs.  There’s a saying that music soothes the savage beast and  (Continue reading full story here.)
Posted by Pamelaknb at 1:49 PM 2 comments:

"A Mountains of Holly Church Mystery: Altars of Deception"

Keep Up With My Latest Blog Posts By Email

What To See More?

"Handcuffs and a Pyramid of Satin"

Pamelaknb
I live in Columbia, SC, with my wonderful husband Virgil. Living, Laughing, and Loving Life. I'm sharing my opinions with a little South Carolina flair thrown in. Thanks for visiting my blog and I welcome your thoughts, comments and feedback.